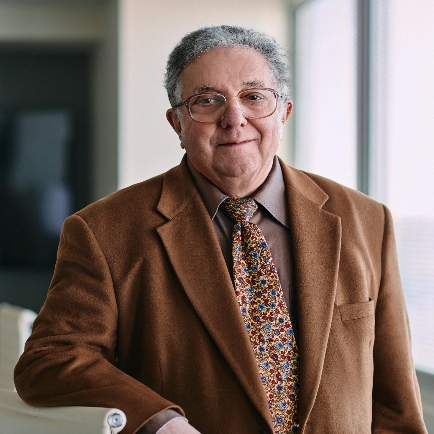 Howard P. Knopf is Counsel to Ridout & Maybee LLP in the firm’s Ottawa office. His practice is principally directed towards copyright, trademarks, and intellectual property litigation.

Howard has worked in government and the private sector, mainly in the areas of copyright, trademarks, cyberlaw, competition and related issues. He has been the Chairman of the Copyright Policy Committee of the Canadian Bar Association and was advisor to the Law Commission of Canada on security interests in intellectual property. He edited and contributed substantially to the resulting book entitled Security Interests in Intellectual Property. As part of his public sector career, Howard has spent over a decade in the Canadian federal government, with senior responsibility for major copyright revision, serving as Head of Delegation to several World Intellectual Property Organization (“WIPO”) meetings in Geneva, and launching Canada's first abuse of dominance case involving intellectual property law.

Howard has frequently lectured at the invitation of the judiciary, government, law schools, continuing legal education fora, the Law Society of Ontario, WIPO, and various NGOs. The NGO work includes a lecture at The Bellagio Series on Development and Intellectual Property Policy at the Rockefeller Foundation's Bellagio Study and Conference Center on Lake Como in Northern Italy, 24 - 28 October 2005, and at the Couchiching Institute on Public Affairs.

He has published extensively, both as an author and an editor.  He has written numerous op-eds for national media and appeared many times on national media on issues related to intellectual property law. Howard maintains a widely read blog, www.excesscopyright.blogspot.com, focusing on Canadian copyright law.  He is often quoted in Canadian and foreign print and digital media.

Howard was a member of the faculty of the annual Fordham International Intellectual Property Law and Policy Conference in New York from 2000 to 2017. Additionally, he has been an adjunct law lecturer at Queen's University and was cited by Canadian Lawyer magazine as being one of Queen's University’s law faculty's “best and brightest.”

Howard has appeared as counsel before the Copyright Board, the Canadian Artists and Producers Professional Relations Tribunal, the Federal Court, the Federal Court of Appeal and the Supreme Court of Canada. He has served as a panelist in cases involving the WIPO Uniform Domain Name Dispute Resolution Policy (UDRP) and he is on the List of Neutrals of the WIPO Arbitration and Mediation Center. Additionally, he has been an advisor on policy issues to the Government of Canada and WIPO.

Howard’s litigation successes include important decisions in the Federal Court, the Federal Court of Appeal and the Supreme Court of Canada on issues involving file sharing, privacy, private copying levies, parallel importation, fair dealing and whether Copyright Board tariffs are mandatory. He was co-author of an amicus brief in the United States Supreme Court in the Grokster case. He has appeared several times on various issues before Parliamentary and Senate committees in Canada.

Aside from his legal work, Howard also has an arts background, which includes a Master’s degree from the Juilliard School of Music in New York.  Before becoming a lawyer, Howard enjoyed a career as a professional clarinetist (solo, chamber and orchestral musician) in Canada, the USA, and Europe from 1969 to 1975. He was a frequent recording artist for the CBC as a soloist, chamber musician, and in-studio sessions. He was co-founder of the York Winds. In addition, he was a Teaching Assistant at the Juilliard School of Music, New York, 1970-1971 and a part time instructor in music at the University of Toronto and York University, 1972-1975.