The Passing of Friend and Former Partner William (Bill) Edgar 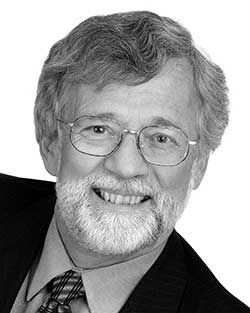 The partners and members of Ridout & Maybee LLP are saddened at the loss of our friend and former partner William (Bill) Edgar who passed away on February 18, 2017.  We offer the most sincere condolences to his family, friends and colleagues.

Bill received his B. Sc Chemical Engineering from the University of New Brunswick in 1969. He later graduated from the University of New Brunswick with his L.LB in 1972. After working in private practice since 1972, Bill, along with Charles Kent, formed Kent & Edgar in 1995, an Intellectual Property Boutique Firm where he proudly served his clients. Kent & Edgar then joined with Ridout & Maybee LLP where Bill held several positions on various Boards, including the position of President of IPIC, Intellectual Property Institute of Canada.

Bill was instrumental in the growth and success of our firm and will be missed by his many dear friends at Ridout & Maybee LLP and within the Intellectual Property community.